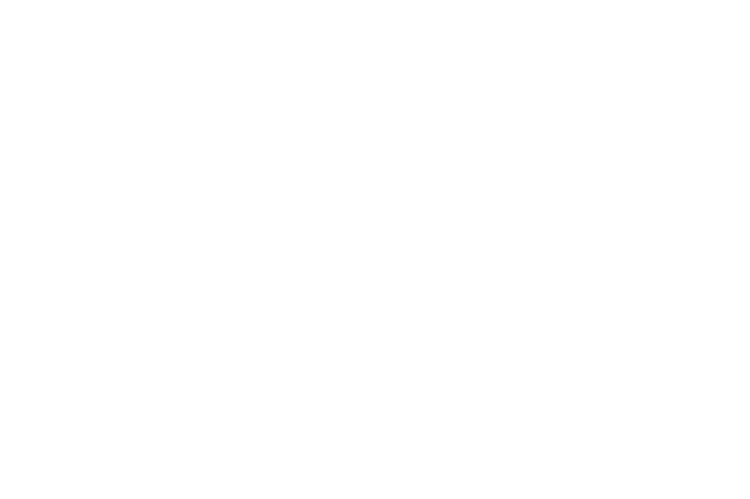 We are just under two months away from our Social Media Strategies Summit in Boston devoted specifically to higher education, so over the next couple of weeks, we’ll be highlighting some the presentations we’re looking forward to.

Bill Zimmerman is a lecturer at Penn State University, teaching in the Department of Advertising and Public Relations in the Donald P. Bellisario College of Communications and was kind enough to sit down with the #SMSSummit team to preview his upcoming presentation.

You can check out the full interview on our podcast by subscribing on Apple Podcasts.

#SMSSummit: Can you introduce yourself to our audience?

BZ: I work as a lecturer in Penn State’s Department of Advertising and Public Relations in the Donald P Bellisario College of Communications. I’ve spent my entire professional life working in communications of some sort, that started out working as a newspaper reporter. Worked for almost a decade at a small daily newspaper in Western Pennsylvania.

Newspapers have obviously had their troubles, but it was a job that helped me learn a little about a lot of things and that has prepared me well for what I’m doing now. As you can imagine, learning to be economical with your words, learning how to write an engaging headline, how to write an engaging lead, all of that can be really helpful when it comes time to work in social media.

So after working in newspapers, I came to Penn State to work in their public relations office. I worked there for about five years, that included a few years as social media manager, so I helped manage the main social media accounts for the university.

Penn State is a gigantic place, lots of communications people working university wide; that includes at a college level, at a campus level, and in different departments. My office was concerned with the main social media accounts for the university.

While working at Penn State I was able to get a Master’s degree in higher education, so that degree coupled with the real world experience working in social media really helped me be able to land my current job teaching about these sort of things.

This semester I’ll be teaching a class called “Digital Public Relations” and a class called “PR, Media and Methods” so I was just kind of thinking about it today, my teaching semester is going to be about the traditional and these kinds of emerging methods of doing public relations. So it’s a really exciting time to teach students about these things, and students are ambitious right now, they are really excited to be putting these lessons into work.

#SMSSummit: What sort of things do you wish you learned before your job in social media?

BZ: I think to sharpen my skills in all matters of visual communications. One of the things I really loved about working in the university’s public relations office was I got the chance to do some photography. I kind of found a mentor in a full-time photographer there and he would take me out and show me the basics and I really enjoyed that part of the job.

I believe attractive photography was one of the strong points of Penn State’s social media presence. We’re blessed with having a beautiful campus here and alumni that are passionate about the place and gets nostalgic very quickly, so there was no shortage of good things to photograph.

When I worked at the newspaper I could have shown more interest in photography, and I could have gone out a few times with the photographers and asked them about exactly what they were doing or why they set up a particular shot. I was in the newspaper at a time when the idea of journalists becoming multi-media journalist was still evolving. We were at a smaller paper, so in my later years, we were starting to do that sort of things, starting to think about producing video for the web. We were doing some of the basics of social media, but I was not an early adopter by any means. I should have been tweeting out my stories and doing whatever I could to get extra clicks but didn’t really think about it because we were so focused on the task at hand.

So think just trying to get a quicker grasp on photography and video basics would have been the best. Also, I think you need thick skin in the job and I think the sooner I would have developed that the better. It is a creative endeavor and you are putting a little piece of yourself out there, so sometimes when a post is being criticized or there is a typo or something like that, it can be easy to take it personally.

#SMSSummit: When you were starting up, were there other universities that you looked to for inspiration?

BZ: Being a Big 10 school, the Big 10 communications offices have always seemed to work really well together. They do an annual gathering and I was lucky enough to go to that two years in a row. So I wouldn’t have to look much further than our peer schools in the Big 10.

I would especially give a shout out to Michigan State and Michigan, both of whom do things really well. Michigan State in particular I think does fantastic things with videos, photos, and graphics. My presentation in Boston is going to be about running a mascot account, Michigan State has Sparty and they just do an incredible job with his social media as well. Just really fun, quick videos; all around they just do a really great job. We actually brought in one of their videographers to speak at a Penn State focused social media conference that we do every year for our communicators, so it’s really great that our schools can share advice and come together.

#SMSSummit: How do you approach teaching social media in an age when things are changing so rapidly?

BZ: I’ve had colleagues here talk to me about how tough it is to find a good textbook for a social media class. I took a social media strategies course as an elective about three or four years ago and the textbook for that class was very underwhelming, and the professor even admitted that but she had to have a textbook for the course and that was the best she could do.

The thing I think is really cool about Neal Schaffer’s book (Maximize Your Social) is even though it was published in 2013, I see it as a really great primer for the students to realize how they are going to make that transition from doing social media personally to doing it for a brand, school or non-profit. I think this book does a great job of that. It’s also very strong in helping you develop a strategy.

I think this could be a desk reference for these students when they leave and I think you need to realize that you can’t just rely on the textbook. That an instructor always needs to keep their eyes out for real world examples. We’re going to talk in class tomorrow about the eclipse. There was so much there that we saw practically every brand wanted to jump on it in some way. Some of it was clever, some it was very opportunistic and kind of cheesy.

So I think having a textbook helps lay a good foundation but then coming prepared with article links and relevant things that are happening right in the moment. On the surface, it may seem tricky, but it just takes some flexibility on the part of the instructor and the students to introduce lessons as they come up.

#SMSSummit: You’re going to be talking about using mascot’s to boost your social media presence on campus, can you preview that for us?

BZ: Yeah, I’m really excited to talk about it. You know a mascot account is something that is just fun, things can often get serious and very heavy, a mascot is always going to be there to lighten things up.

Mascots have multi-generational appeal, so current students love the mascot, alums love the mascot. People are constantly taking photos of the mascot. So when you are running an account like this there is really no shortage of content. The mascot is highly visible, it’s always out there, out and about. It’s easy to get a photo, easy to get a video.

At Penn State I raided our archives at the library, I set up there for about two hours and took all of these old black and white photos and scanned them into a folder of photos that were good for Twitter. Some of these went as far back as the 1920’s of our mascot.

It’s was just so much fun to run that account because it’s a figure that’s beloved. This presentation will also be a bit of a case study in how I was able to get the mascot a nomination for the Mascot Hall of Fame. The Mascot Hall of Fame is something that existed for ten years just strictly online and they’re actually building a hall of fame in Whiting, Indiana — a suburb of Chicago.

I just saw that they had this and that our lion was not involved. Our big rival Ohio State, Bruce the Buckeye is in there so it was an injustice that I had to fix.

So in October 2016, we were announced as a nominee along with five other mascots from the collegiate and professional ranks. There was an online vote that Penn State dominated, as usually happens with Penn State because we have a large and passionate alumni base. So we won the online vote and there are still some votes that have to take place among the organizers and donors of the museum but we are hoping by the fall that we’ll find out if the lion is inducted.

So that will be kind of a case study as part of my presentation, an example of how an offline event (like a hall of fame nomination) can provide a plethora of content for social media. I imagine there will be a lot of people in attendance who probably have a mascot with quite a history and a fan following and this might be something they want to pursue.

If you’d like to see Bill Zimmerman’s presentation in-person at our Social Media Strategies Summit — Higher Ed event in Boston, make sure you register now! You can learn more by clicking the banner below.

Tags:Bill ZimmermanSocial Media Strategies Summit in Boston
Sign up to receive the latest blogs in your inbox!