No longer the bright new thing in the social media world, TikTok is now firmly established as a key element in many higher ed institutions’ marketing toolkits.

Marketers love the short-form video platform because it generates far higher organic engagement than other platforms.

That’s a massive advantage in higher education marketing, where budgets are often tight, and marketers must split it across a wide range of tools and channels.

According to RivalIQ, the top-performing schools on TikTok see a median engagement rate (by view) of 6.7%.

In contrast, the median engagement rate (by follower) on Instagram stands at 3.37%, while Facebook’s is just 0.22%.

Yet those top performers only post on TikTok once per week on average, compared to four times a week on Instagram and seven on Facebook. So TikTok is still a comparatively under-utilized resource.

Looking to add TikTok to your marketing mix, or need some inspiration for your TikTok content strategy? Check out these ten examples of TikTok content for higher education:

Let’s kick things off with Harvard College, which has the best reputation of any university on the planet, according to the Times Higher Education World Reputation Rankings.

That’s not all down to its social media presence. But in an increasingly online world, social activity plays an important role.

When it comes to TikTok, Harvard regularly posts videos of Rakesh Khurana, Danoff Dean of Harvard College, answering various questions about his life and work, like:

This tactic works for a couple of reasons. It showcases Harvard’s beautiful campus grounds and helps people see a senior member of college leadership as a “real person.”

That second point is worth discussing in greater depth.

Giving leaders a voice on social media can help you build a community. According to Sprout Social, when CEOs are active on social, 70% of consumers feel more connected to the brand in question, with two-thirds of those saying it feels like real people run the organization.

In its early days, TikTok was known as the social media platform of choice for young people.

While TikTok’s audience has grown a little older as the platform has gained in popularity, it still skews a lot younger than any of the other larger social networks and has more female than male users.

That’s a very different audience to, say, Facebook, where the largest audience segment is men aged 25 to 34.

If you’re going to generate decent traction on TikTok, you need to share the type of content that’s popular with its audience, rather than just posting the same stuff you’d use on other channels and hoping it works.

It’s a simple way to educate followers about life on campus while also helping the school reach new audiences through the smart use of hashtags like #thingsthatjustmakesense, which has almost 600 million views at the time of writing.

Sure, there’s something to be said for hopping on the latest TikTok trend. But at the same time, you don’t want to post the same stuff as everyone else.

Aim to showcase what makes your school unique. Every school has something different from other institutions, like a quirky tradition or memorable event that you wouldn’t see anywhere else.

A great example of this is the University of Kentucky’s post about its annual Ping Pong Ball Drop:

That’s the sort of content that will help you stand out and build a community. Because where else are you going to see students attempting to catch hundreds of ping pong balls dropped from the top of a campus tower block?

One of the main barriers to leveraging TikTok for marketing is the need to create lots of video assets.

According to HubSpot, 39% of marketers say they lack time to create video content, while 31% say they don’t have the budget. 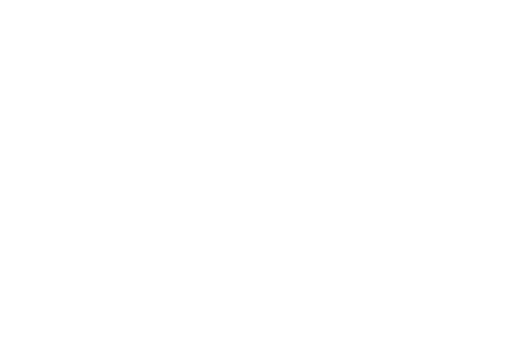 We’ll let you in on a secret: you don’t need to create a brand new video every time you post on TikTok.

If you’ve got high-quality evergreen assets, don’t be afraid to turn them into something new; it’ll save you a bunch of time and effort.

That’s what the University of Southern California did with this video, featuring a 2018 commencement speech from Oprah Winfrey:

If you’ve taken the time to create a fantastic piece of video content, why limit yourself to only posting it once?

So it’s doing something right on TikTok.

Far and away, its standout post is this one, featuring 2022 graduate LaDyra Lyte, whose military brother made a surprise visit to her commencement ceremony:

With 5.5 million views at the time of writing, it was a genuine viral hit.

This video shows the value of bringing a little positivity to social media, which neatly aligns with what TikTok audiences want to see from the platform.

In a study from Nielsen, TikTok users said one of their top reasons to use the platform is “to lift my spirits.” That wasn’t the case for any other social network. Moreover, nearly three-quarters of users who felt positive after using TikTok said that the platform makes them feel “inspired, confident, and entertained.”

While Central Michigan topped RivalIQ’s higher ed TikTok rankings, the University of South Dakota saw the highest total engagements of any school, at almost 1.5 million. It’s created a string of viral posts, suggesting some serious thought has gone into its TikTok strategy.

We could have highlighted several posts, but this one about Gen Z email sign-offs stood out the most:

Making people laugh is difficult, partly because humor is so subjective, and it requires a deep understanding of your audience and what tickles their collective funny bone.

But there’s lots of evidence to demonstrate the power of humor:

So if you get it right, the rewards can be substantial.

Humor is a potent force on social media. Another is nostalgia.

According to GlobalWebIndex, nostalgia is a growing consumer trend.

Psychologists have found that meaningful memories — like a piece of music associated with a happy experience or a special place from the past — can trigger the brain’s emotional and reward centers. It’s not hard to imagine why social media users would gravitate toward this sort of content, particularly in a world that can often seem pretty scary.

Baylor University leans into this trend with a TikTok video demonstrating hows its mascot has changed down the years:

This sort of campus nostalgia is a fantastic tool for engaging parents, alums, and existing students.

Indeed, RivalIQ’s data shows that the video generated nearly 10,000 engagements at an engagement rate of 16.2% — more than double the average for top-performing higher ed TikTok accounts.

Remember, there’s a big wide world out there.

Your social media content should always have one eye on broader trends and events rather than focusing solely on stuff that’s going on at your school.

For instance, it often makes sense to join in the conversation during festivals and celebrations.

That’s what the University of Missouri did with this TikTok that leverages St Patrick’s Day:

It helps that St Patrick is the school’s patron saint and that there’s a giant stone shamrock on the floor outside the College of Engineering.

If possible, don’t just post generically about current events — add your own twist.

This post references the University of Missouri legend that anyone who walks across the shamrock will fall in love with an engineer.

That’s the sort of quirky tidbit that social media loves.

One of the most effective higher ed social media tactics is highlighting high-profile alumni.

It works especially well when you’re targeting younger audiences. Research from Common Sense and SurveyMonkey reveals that the thoughts and opinions of celebrities, influencers, and personalities are just as important to teens as those of friends, family, and news organizations.

In this TikTok post, Louisiana State highlights former students who were involved in Super Bowl LVI:

But even if you’re not likely to become the next Odell Beckham Jr, it will make you see the school more positively.

There’s also an important social side to campus life — and, for many students, a big part revolves around the clubs and societies they join. So it makes sense to showcase those clubs and communities in your social media content.

No doubt you already post when your sports teams win. But why not highlight some of the more unusual organizations at your school?

That’s what Binghamton University does here, lifting a lid on the activities of the school’s Cheese Club:

If you’re one of the 230 million Americans who eat cheese, this simple video immediately makes Binghamton look much more attractive.

But regardless of your views on dairy products, it’s a great way to demonstrate the wealth of good, wholesome entertainment on campus.