One of the most challenging aspects of social media marketing is consistently creating high-quality, engaging content over an extended period.

This is backed up by data, with research from Visual Objects ranking consistent content creation as one of the top five social media challenges for marketers.

Matt Hamada, Digital Engagement Manager for the City of Phoenix, shared actionable tips for consistently create fantastic content for government on social media at our latest Social Media Strategies Summit. Read on for a roundup of his biggest takeaways.

Unless your agency is totally new to the world of social media for government, chances are you’ve created a ton of great content in the past. Those old posts can be invaluable sources of ideas and information for creating new content. 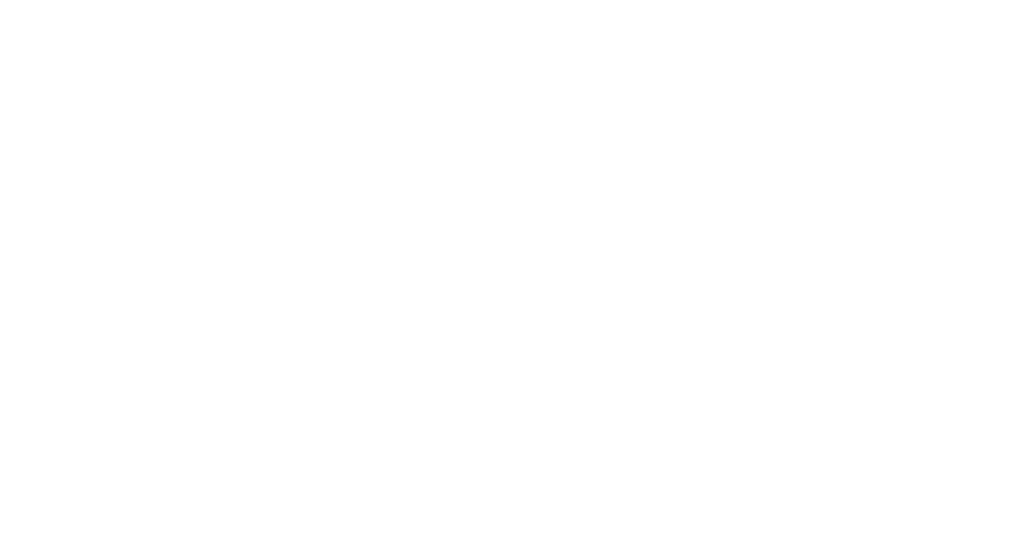 Why does it work so well? It’s all about marketing’s so-called Rule of Seven, which states that a prospect needs to “hear” the advertiser’s message at least seven times before they’ll take action to buy that product or service.

Or, as Matt Hamada puts it: “Just because it’s old and boring to you, it may still be very new to your audience.”

The City of Phoenix regularly repurposes old content for its annual summer safety campaigns. Its 2020 campaign incorporated this graphic to drive home the message of keeping kids safe around water: 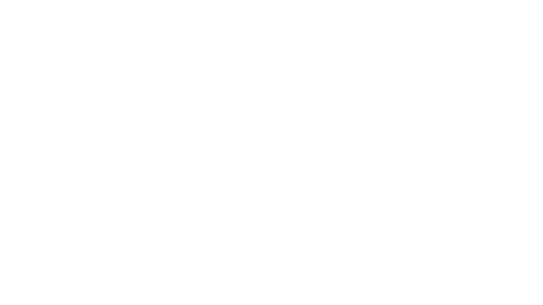 In a single visual asset, the agency included a striking image, the campaign logo and hashtag, the key campaign message, and the URL.

One year later, the City of Phoenix made key changes to the campaign. Most importantly, it evolved to video — a format that plays consistently well on social channels. Indeed, Twitter’s figures show that video posts generate 10x more engagements than non-video posts. Beyond this, it added new colors, fonts, shapes, and music. But the underlying messaging remained the same.

“It breathed some new life into [the campaign] for us, and hopefully for our residents,” Matt says. “We didn’t have to change too much. We just gave it a little upgrade, and every year we’re doing that to keep it fresh while keeping the message consistent.”

2. Draw Inspiration From Other Accounts

One of the biggest challenges of social media for government is coming up with a consistent stream of ideas that translate into engaging content.

Remember, you don’t need to do it all by yourself. There are literally billions of other social media accounts, and there’s nothing wrong with drawing inspiration from their content.

For that reason, Matt recommends taking 10 minutes to scroll through your social feeds and look for ideas daily. “I’m gonna see what attracts me, because if it attracted me, I’m hoping it would attract other people,” he says. “Maybe I could take that content and turn it into something.”

Watching TikToks and Instagram Reels is particularly effective, as the respective algorithms are designed to understand your preferences and show you more content you (and, hopefully, your audience) will love.

Once you’ve found an idea, add it to a save folder your entire team can access. Matt does this for videos and trending sounds, making it easy for his colleagues to pick out what they need and start creating content.

Another approach is what Matt describes as “re-creations”: putting your own spin on existing viral content formats.

The City of Phoenix did this with a TikTok trend typically referred to as “I was supposed to go to Target.” It’s a simple concept: these videos show someone planning to visit Target but doing something totally different, like catching a flight or going to Disneyland.

At time of writing, the hashtag #iwassupposedtogototarget has more than 18 million views, so the City of Phoenix decided to create its own version:

A post shared by City of Phoenix, AZ (@cityofphoenixaz)

For those who don’t know, hiking is a big deal in Phoenix. “We always take videos of our hiking trails that are within our city,” Matt explains. “So we thought this was a great idea to use this audio and get people to connect with us because they feel the same way.”

No big announcements to break. No unexpected events to post. No relevant viral trends to inspire you.

So what the heck are you going to post about?

Slow news days are a fact of life. Rather than waiting for them to happen and scratching around for last-minute content ideas, Matt recommends overcoming them with a little forward planning. He has four go-to tactics for dealing with slow days.

At any given time, the City of Phoenix has a bank of three to five canned messages from each department, to be updated every three to four months. These evergreen posts are ready to go at a moment’s notice. “We have them stored away for the rainy days when there’s nothing going on, and we need to just plug away some messaging.”

Why cross-promote your other social accounts if you have nothing else to post? Tell followers on Twitter to check out your Facebook and vice versa. This is also a great opportunity to promote individual departments and services that your audience may not be aware of.

#PHX has a robust open data portal for the public to use and receive detailed information about the city.

You can access it anywhere – even from your mobile device. Use the new #myPHX311 app to get started.

A post shared by City of Phoenix, AZ (@cityofphoenixaz)

“We try to treat it as best we can as a tourism page to entice people to want to live here and show the people that already live here that there’s other parts of the city that are interesting,” says Matt.

Just because you’re encountering a slow news day doesn’t mean everyone else is too. Other departments or external partners likely have something you can share.

Matt also recommends spending your day liking other people’s content, which can effectively build your audience and engage your community.

When all else fails, it pays to get proactive. Reach out to other departments and ask if they have something notable for you to post.

5. Embed Yourself in Campaign Teams

Social media for government involves promoting various messages and campaigns around various services and departments. Inevitably, your messaging will be more impactful if your team was involved in the project from the outset rather than joining at the 11th hour.

Matt gives the example of City of Phoenix’s recent mobile app launch. A major undertaking for the agency, it required a massive marketing push across digital and offline channels, including creating a 30-second video.

To maximize reach, it also produced creatives for multiple social platforms. “We did them for every platform you could think of and made them available for not just us on the main communications team, but across all of the city, because this mobile app works for every department,” Matt explains.

Given the stakes, it was crucial that the marketing team effectively became a part of the app creation team, getting involved in everything from the layout to the content it carries.

“Myself and my team were very much involved in making sure that we had a voice in all of it,” Matt says. “Because at the end of the day, it all comes to marketing and presentations and how we are going to be able to effectively explain to everyone in the public what this mobile app can do.”

6. Collaborate With Other Departments

To coin a phrase, it takes a village to effectively run social media for government agencies.

Unfortunately, social teams are often somewhat siloed. For instance, at the City of Phoenix, 20+ internal departments are given full control over the social presence. They control the content and strategy, with Matt and his team acting as mentors and advisors. So how do they tie everything together?

Matt recommends four approaches to boosting collaboration between your team and other stakeholders:

Use a Social Media Management System

The first step to improving collaboration is to invest in a social media management system.

The City of Phoenix chose Sprout Social, and while not every department is using it, the system still contains all of their accounts, allowing Matt to instantly see what they’ve posted across multiple platforms. 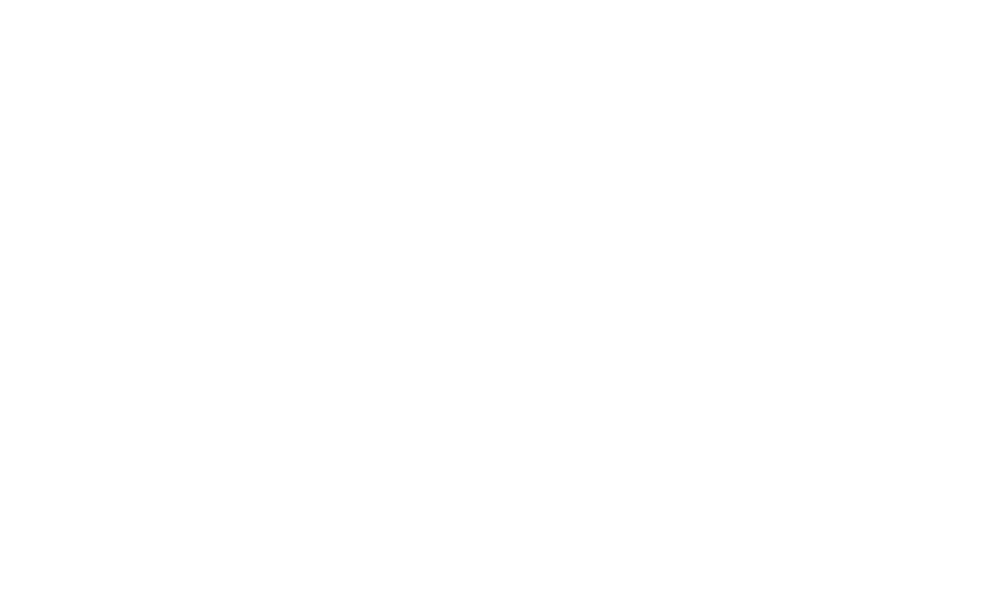 He can also see scheduled posts for departments using Sprout Social. “That allows me access to a huge amount of content, and then I can repurpose it, duplicate it, put it on the main page, and be aware of upcoming campaigns that might be happening at the department level.”

Hold Regular Meetings With Other Departments

Matt advises social media marketers to set up regular meetings with targeted departments. In his case, this includes:

These are some of the city’s biggest departments, and their accounts have the largest followings. So Matt holds monthly 30-minute meetings with each to understand what they’re working on for the next month and how his team can help.

“It has worked really well,” he says. “I’ve been really happy with the feedback we’re getting from them and with the opportunities to help them.”

As well as drawing inspiration from external content creators, Matt recommends “stalking” internal accounts for content sources. “Go back a week, because sometimes content from a week ago may seem a little old [for the original account], but for the main account it’s still a good post. We’ll reschedule it and put it out somewhere where we have one of those blank spots.”

Finally, Matt urges social media teams to remind other departments that they are on hand to offer support when required. For instance, his team sometimes creates content for the main City of Phoenix account and then shares it with other departments, helping them plug holes in their content schedules.